What a year 2017 was? I remember my state of mind in the early hours of the morning on the 1st of January 2017. I was so grateful to be alive, relieved that 2016 was done and dusted, but you and I knew my honest feelings. I had my issues which I spoke to you about in 2016 and I came into 2017 with some of those issues. The year started with a mixed bag of emotions- gratitude, strain, discomfort, joy, pain, weariness, calmness, inadequacy, anticipations etc. How it is possible to go through all emotions at the same time still baffles me but it was on that note that my 2017 began.

Life at that point in time was still taxing, intense, strenuous, unpleasant and uncomfortable. Yes, there was some glimmer of hope but it was deeply cloudy. You’ll remember I kept asking you, what is this all about, what lessons need to be learnt, is there something I need to do to make things better, what are you after? No one had control but you. I didn’t understand myself, talk less about being understood by most but you understood me. We spoke A LOT, more than we’ve ever done since I’ve known you, we got so close, closer than I’ve ever been to you. It was no longer small talk, we spoke about deep-seated issues. It became clear to me that from your perspective, there was nothing wrong. It was just a matter of time before everything sorted itself out. At a point, you felt so far away, the farthest I felt you are all my life, but with no doubt, I knew you were close by.

In my heart of hearts, I knew I would carry on and that even though 2016 was rough, if 2017 came with tougher challenges, we would face it together. You made me understand that going through certain experiences will help me grow, will make me better, mature, calmer, evolve and be prepared to handle more responsibilities. That the experiences will change my world and perspective, and that like a child who goes through a cathartic experience after crying, I’ll feel light and without any baggage. You said that eventually, everything will work out for my good, that things will get better. There was no plan B (I knew long ago that walking with you requires none) so I was uninhibited in my freedom and I trusted you totally, absolutely and completely. I had pure joy. Although I didn’t see how certain things would work out, my trust and faith in you were unwavering. I remember telling you, ‘let’s do 2017′ as I was ready for the new year and all that it had to offer- good or bad. And then the year started.

If you recall, in the first few weeks of January 2017, some of the things I told you about then were along the lines of ‘Help me make the best use of my time and resources. Help me direct my energies in the right direction. Lead me in the way that I should go. That my life will be a purposeful one. Asking for help to do what is right. Asking you to let me not be scared to walk the road that 2017 will lead me on. That I will tackle whatever comes my way in 2017. Asking for help in being the best version of myself wherever I am and in whatever situation I’m in”.

Nothing changed outwardly per se but a lot was changing inwardly. Life kept throwing itself around with no forewarning and with greater force, but 2016’s experiences had groomed me so well to be able to withstand the storms, to be quietly confident, to be content with great gain even amidst pain. I was even surprised at myself, I became more staunch, unwavering in believing that your assurances would come to pass, that you will do what you said you would. I was untroubled and I found myself exuding joy even when there was no reason to.

Now it’s the 28th of December 2017 and as I type this, I wonder, how did I get from there to here?  How did the burden get lighter? How did you fix those issues? When did the rain make way for sunshine? When did the storms subside? How did you make these things happen? It all happened in the twinkling of an eye.  You know that I still can’t believe that some of these things happened? I know we spoke about what I wanted you to do- remember that wish list in my phone’s notes? But you surpassed my expectations. Not that I doubted your ability to, but it just still seems unreal. And yes, I know we are still ticking things off the list, but the anticipation of what you will do in 2018 makes me even more excited.

I know I sound like a broken record, because I have told you this so many times before, but for the umpteenth time this year, I am again saying THANK YOU, LORD. Thank you for 2017 and all that it came with. For showing me how intentional you were about everything. For bringing me to that point of being able to surrender to you totally without understanding your plan. For the growth and strength gained through the struggles, trials, burdens and pressures. For teaching me faith and endurance, for raising the stakes, developing perseverance in me, softening my heart, revealing my flaws and weaknesses and developing my character. You helped me succeed and your thoughtfulness towards me means everything.

I have no idea of what 2018 will bring, but with you on my side, I know we’ll handle it together.

Love you so much. 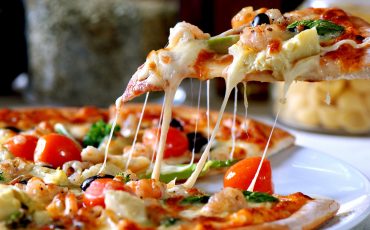 About that healthy living (or eating)…

If there’s anything this covidic period has done, it’s either made you fatter or you’ve stayed the same. And if 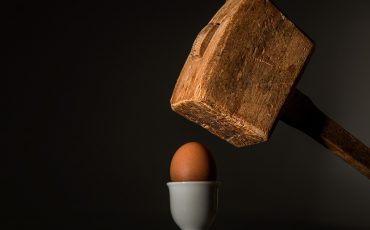 How about handling these disappointments?

“Disappointment to a noble soul is what cold water is to burning metal; it strengthens, tempers, intensifies, but never destroys 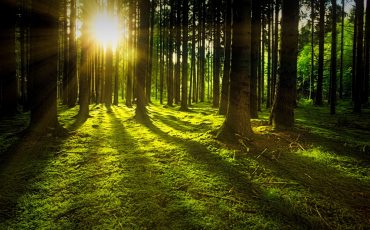 It’s tough right now, but the sun will come (…at some point it will)

As much as happiness seems to be on short supply in the world right now, especially with the COVID-19

This error message is only visible to WordPress admins

Any cookies that may not be particularly necessary for the website to function and is used specifically to collect user personal data via analytics, ads, other embedded contents are termed as non-necessary cookies. It is mandatory to procure user consent prior to running these cookies on the website.